Nominations to the National Academy of Human Resources - Description and Responsibilities

The purpose of the National Academy of Human Resources is to honor, through election as "Fellow of the NAHR," those individuals who have distinguished themselves through their leadership in the broad field of Human Resources.

Fellows come from many life experiences and reflect all aspects of contemporary and intellectual professional thought and activity in Human Resources. They are nominated and elected by their peers for their sustained achievements in and their contributions to their organizations, the Human Resources profession, and society at large.

There is no other basis for election. Election as a Fellow of the NAHR is the highest honor granted in the Human Resource profession.

In addition to their participating in the election process of nominated Fellows, NAHR Fellows have as their primary responsibilities related to Fellow nominations, nominating candidates, reviewing candidates’ files, and if their nominee is elected Fellow, assuring that they fully understand what is expected of them as NAHR Fellows

The NAHR Board of Directors has as its primary responsibility recommending qualified candidates to the Fellows for their ratification vote and maintaining the integrity of the election process.  The Candidate Reviewers have the role of supporting the Board in carrying out its responsibilities as it relates to ensuring that new Fellows meet the criteria and expectations of NAHR Fellows.

The Academy President has the responsibility of assuring that nomination information is complete, selecting Candidate Reviewers, and administering the election process. 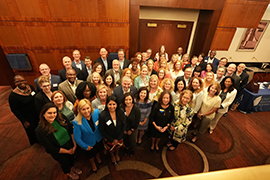 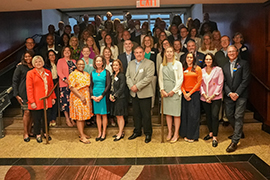 Visit for all NAHR Videos